A positive view on South Africa 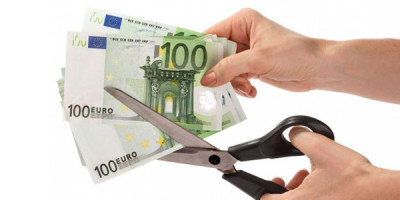 In the lead-up to the medium-term budget policy statement (MTBPS) on Wednesday (October 24), there is speculation that new finance minister Tito Mboweni may have to announce that the government is considering additional taxes. In a persistent low-growth environment, there are doubts that the South African Revenue Service (Sars) will be able to meet its collection targets.

The weak state of the economy is likely to translate into lower company profits, and therefore less tax collected from corporates. At the same time, individuals may not receive salary increases or could even be retrenched, further weakening the tax base.

The most potent antidote to this is economic growth, since a robust economy boosts government revenues. And for growth to occur, South Africa needs a lot more private investment.

This is no mystery, and government is quite aware of the need for it. President Cyril Ramaphosa’s three-day Investment Summit kicks off the day after the MTBPS and will focus specifically on generating more investment into the country. This is part of his drive to mobilise R1.2 trillion in investment within the next five years.

Part of that discussion, however, has to be how to make South Africa a more attractive investment destination. How does government create an environment that is truly appealing?

Usually, an obvious way to do this would be to lower the corporate tax rate, which is currently at 28%. That is fairly high by international standards, particularly if one also factors in dividend withholding tax.

Bringing that down would act as a stimulus, just as it has done in other parts of the world.

“It is what Trump effectively did in the US,” Teuchert explains. “If you reduce tax rates, that should be a trigger for businesses to invest in new products, new projects, new ventures. Tax is a charge to a company, and by reducing it you could make additional projects provide a required return that is acceptable.”

The effect on tax revenues

The challenge to this approach, however, is that the country is facing the rather urgent need to support the fiscus. If tax revenues are not going to meet the targets set, can the country afford to cut rates?

Given the situation in which South Africa finds itself, however, government needs to try new approaches. If investment is its priority, then it needs to do what it can to attract it.

“I have a view that we need some innovative measures to drive growth in this economy,” says senior tax consulting partner at Mazars, Bernard Sacks. “If the minister of finance were to consider a drop in the corporate tax rate, what that may do is attract more foreign direct investment (FDI).

“By attracting FDI you would effectively have more companies operating here,” he adds. “Admittedly they would be paying tax at a lower rate, but that could be made up by the greater overall profits subject to tax. And allied to that would be a greater number of people in employment, which means that personal income tax take would be greater as well.”

The longer term benefits are therefore significant. This makes it something that Ramaphosa should give serious consideration to as he looks for ways to attract more investment.

A lower corporate tax rate won’t, however, be enough on its own. Unless the overall environment is appealing, it won’t work.

“Most economies are driven by trust and the expectation that things are going well,” says Teuchert. “You need businesses to invest and they are only going to do that if they have confidence.”

What needs to be addressed for this to be the case was covered in an analysis released this month by PwC entitled: ‘What foreign investors want: South African insights from a global perspective on factors influencing FDI inflows since 2010’.

The study found that “differences in factors such as trade openness, efficiency of government regulation, safety and security, property rights, quality of infrastructure, control of corruption, and policy continuity are associated with differences in FDI inflows”.

In other words, address those issues, and investors will follow.

“Foreign investors look to a number of macro factors when considering FDI,” says PwC economist Christie Viljoen. “These not only relate to the economic outlook for a particular country but also policy decisions taken by a government.

“Investors also tend to be wary of any economic and political uncertainty. In South Africa, recent political and economic uncertainty, including the perception of corruption, have clouded investor sentiment.”